THE CLOVEN Book One

Backstories Who's who and how they got here

There are no upcoming events. 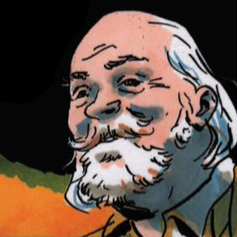 Dr. Kenneth Langner currently leads the Directed Evolution department at Western Washington University, overseeing research into whole genome manipulation with applications in regenerative medicine. Langner is widely recognized for his innovative contributions to genomic science and his contributions to chemistry and biomedicine. With George Church, Langner helped found the Human Genome Project in 1984. From 1998 to 2009, Langner worked at Aerie Farms, a division of Prometheus Industries, developing what would later become the CRISPR gene-editing sequence. He was director of Aerie Farms from 2000 to 2005. Kenneth Langner has received numerous awards for his work, including the 2007 Mary Ellis Ferguson Prize for Achievement in Genomic Science from the Marlowe Foundation. He is a member of the National Academy of Sciences and Engineering.